Alfred Thayer Mahan, an American naval officer, was a pioneering naval historian of the 19th century. Of the many books he authored, "Influence of Sea Power upon History 1660-1783", published in the year 1890, has had the most considerable impact. The book won him worldwide accolades and made him one of the most influential American authors in naval history. The article attempts to apply Mahan's six principles of Sea Power in the Indian context with suitable modifications. To quote the principles, "The principal conditions affecting the sea power of nations may be enumerated as follows: I. Geographical Position. II. Physical Conformation, including as connected therewith, natural productions and climate. III. Extent of Territory. IV. Number of Population. V. Character of the People. VI. Character of the Government, including therein the national institutions."

Principle No 1 – Geographical position. A potent naval force needs to have territories/bases beyond the country's geographical bounds to expand its operational reach, thereby giving it a strategic advantage vis-à-vis its enemy(s). India currently does not have any military bases abroad and is unlikely to have them in the foreseeable future. The few agreements it has with Oman, Madagascar, Mauritius and Seychelles do not have much military significance. While India cannot shop for bases abroad, it can, however, develop its territories. Andaman and Nicobar islands sit next to Malacca Strait, which is the world's major trade route handling more than 1,00,000 vessels per year, 85% of China's hydrocarbon supply and 25% of world trade. India currently operates seven air force and naval bases on the island; however, none of these bases has any frontline platforms permanently stationed. A strong and effective military presence in the Andaman’s on a permanent basis will not only bolster India’s influence in South East Asia, but will also place it at a strategic advantage. . A similar exercise should also be undertaken in Lakshadweep Island, at an appropriate level.

"If, in addition to the facility for offence, nature has so placed a country that it has easy access to the high sea itself, while at the same time it controls one of the great thoroughfares of the world's traffic, it is evident that the strategic value of its position is very high." - A T Mahan

Principle No 2 & 3– Physical Conformation & Extent of Territory. India has a long coastline and which is dotted with few major and many minor ports. Most of these ports are suitably connected with a network of roads and rail; thus, having a secure line of communication, from the military point of view. While the operational setting is undoubtedly positive, many characteristics of India's naval harbours is a matter of concern, from a security perspective. The naval port at Vishakhapatnam has only one narrow entrance, which is its Achilles-heel. Mumbai is an open harbour but has severe restrictions regarding the depth of the navigational channel. Additionally, co-location of Mumbai naval harbour with Jawaharlal Nehru Port (largest civil port) and its proximity to country's largest nuclear research reactor/facility (Bhabha Atomic Research Centre), makes it highly vulnerable to any enemy attack and thus, source of weakness in war. The situation of the naval harbour in Kochi is somewhat similar; wherein there are severe restrictions on ships entry and exit because of the channel. In addition to being co-located with a civil port, Kochi naval harbour is situated right in the middle of the bustling town of Ernakulum, making it highly exposed and vulnerable. India needs to develop alternate naval ports like Karwar urgently, especially in the Eastern and Southern coast.

Principle No 4 – Number of Population. Despite boasting of the world's second-largest population and fifth-largest economy, India's maritime industry remains very weak. India lags behind the world in almost all measurable criteria related to the shipbuilding, like construction, repair, ownership, order-book and material availability. While seaborne trade has been steadily increasing, most of it done by foreign-flagged vessels. Further, ships which are registered in India, many, are constructed in foreign shipyards. What is also alarming, is the near absence in India, of the equipment manufacturers for the shipping industry. Almost all of the equipment fitted onboard ships – sensors, propulsion, navigation, control systems, material and safety equipment, is sourced from foreign suppliers. For a country to be a sea power, it has to become a major shipbuilding nation. History has shown that nation’s national power is directly related to the maturity and strength of its shipbuilding industry. India urgently needs capacity, capability, knowledge and support, in this strategically significant sector.

"A tree with strong roots can withstand the most violent storms, but the tree can't grow roots just as the storm appears on the horizon." - Dalai Lama

Principle No 5 – National Character. While the central theme of Mahan here was how countries treated its colonies; for India, it is how it treats its neighbours and thereby creating opportunities to strengthen its strategic position. India relationship with its immediate neighbours has been like a roller coaster ride; with frequent ups and downs. Though, the present government has recognised the criticality and accorded it due importance, the most significant challenge which still remain, is the lethargic and lackadaisical approach of India’s bureaucracy. Even the best of intents for assisting – scientific, military and industrial, get buried in red tape and inaction, forcing countries to look elsewhere, denying India the leverage and strategic advantage.

Principle No 6 –Character of Government. India has been a docile state. The government in power have rarely allowed its armed forces to reciprocate to belligerent actions against them in peacetime. There have been many instances in the past wherein while in international waters, ships and aircraft of India's main adversary, have passed very close and even interfered in between exercises deliberately; with no proportional aggressive reaction from the Indian side. There is no doubt that the present government has copiously acted in this regard; however, this needs to become an established policy across all the three forces. Rules of engagement issued to the armed forces should be followed in letter and spirit and not diluted because of some petty political considerations or fear of retaliation. Seapower is to be built, aggressively preserved and used with effect; this message needs to be conveyed by actions of Indian armed forces, in peacetime. The message has to clearly echo - India's flag has to be respected.

India has never adequately exerted its sea (national) power in the region, however, it has certainly arrived at a point where the importance of sea power and control of Indian Ocean region, should become a priority for the military and political leaders. The six principles of sea power, by Alfred Thayer Mahan, although written century ago, remain broadly relevant in this context even today.

(Writer is an ex Indian Naval officer and is currently pursuing his PHd from IIFT, Delhi in Defense Industrialisation in India) 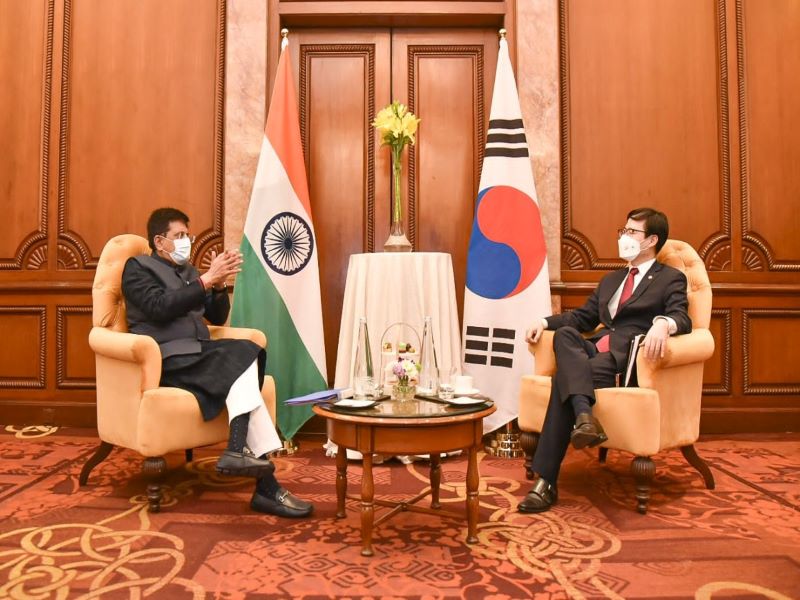 Green Peas and Tomatos are an important vegitables in India cuisine. In the shivering cold, green peas dishes are more delicious.

In US, all four hostages released unharmed from a synagogue in the town of Colleyville, Dallas Sunday early morning.

The six principles of sea power, by Alfred Thayer Mahan, although written century ago, remain broadly relevant in this context even today.